This expansion suffers from the Warlords of Draenor (WoD) effect, initially, players will think this is a great expansion but upon investing some time into the game they'll realize this game is a disaster. The pre-patch should have been our first warning with how poorly designed and executed that fiasco was, but beyond that, let's look at what the expansion itself offers:
Ok, lots of features here. There’s an interface that automatically detects your class for you, and puts all the info you need right there. No looking anything up in an ebook or on the web. There’s an awesome option that lets it pick your talent points for you automatically. That means no looking through forums trying to find the right build. And if you decide to go with something else, you don’t have to let it pick for you. There’s also a pretty cool directional arrow that’ll show you how to get to where you need to go for your quests if you don’t already know the way. Basically this gives you everything you need to level your character up in game without having to resort to online wikis, forums or other stuff that’ll take you out of the game. This is a 10/10 for me. 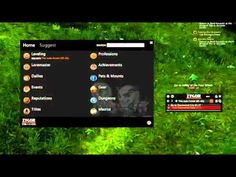